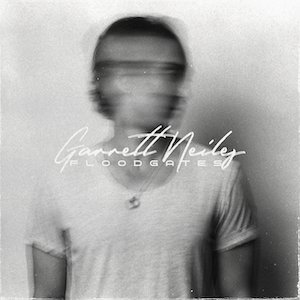 “I don’t come across many artists that have both the voice and stage presence to compete against world-class, established artists. Garrett Neiles is an exception. He has both.” – Chris Burke-Gaffney (CBG Artist Development)

Garrett Neiles is realizing the depth that comes with maturity and the satisfaction that comes with a growing sense of self. The Japanese-Canadian pop-rock artist from Winnipeg, Manitoba picked up the guitar as a way to connect and has been working on that dream ever since.

After injuring his wrist while attending the University of Victoria on a golf scholarship, Neiles passed time in post-op healing physically and emotionally, contemplating who he is, his place in the world, what he truly values and what a healthy and happy life looks like. Recognizing his passion for performance and strong singing voice, Neiles married the latter to his guitar, developed a rock-and-roll rasp, and took cues from some of his favourite legacy artists like Rob Thomas’ (Matchbox 20) songwriting and Steven Tyler’s (Aerosmith) vocals.

Neiles’ songwriting reflects a man dedicated to growth, who’s learning life’s complex corners and new, healthier ways to connect with himself and the world. Maturing made Neiles realize that writing about fragmented relationships, fleeting encounters and fractured states didn’t have the emotional impact they once had. His upcoming debut EP End of an Era seeks to harness the new dimensions he’s been folding into his life. Neiles explains, “I wanted to find topics that will help people grow that self-awareness like I was.”

His third single “Floodgates” explored rock bottom, and the EP’s closing track, “End of an Era,” reflects when one’s not healed, there’s no plan yet, but there’s celebration in the need for change. Neiles’ experiences overcoming superficial relationships and different forms of addiction have taught him that the “end of an era” can be a powerful and teachable moment.

Soul-searching made Neiles dive head-first through the floodgates with hope. “End of an Era” is the EP’s cliffhanger, an open-ended question of potential, a recognition of the need for change and taking back the sense of pride that people stomp on when in unhealthy habits. “You kind of romanticize that when you’re in a depressive circle or abusing substances,” Neiles says. “You fall in love with people who embody certain things and don’t think about the negatives. “End of an Era” was acknowledging that it’s not a good look.”

Admiring Myles Kennedy’s (Alter Bridge) vocals, 5 Seconds of Summer’s anthemic choruses, AJR’s honest and insightful writing, and the production and composition characteristics of stadium rock acts like U2, Mötley Crüe, Foo Fighters, and Guns N’ Roses, Neiles channelled these and the music his parents played while he was growing up into End of an Era’s authentic, wholesome takes on building inner and outer connections and expressing the elation and struggles we all feel.

Neiles co-produced his upcoming tracks with award-nominated producer Tyler Del Pino, Jackson Martin, and The Renaissance. End of an Era will be released in November 2022, after which he plans for festivals, live shows and tour dates. Neiles also works with True North Youth Foundation’s Project 11, a global educational mental health subdivision where he’s performed at their Bell Let’s Talk day, as well as sang the national anthem at Winnipeg Jets games.